Shopping for the fastest Apple ThunderBolt backup drive? The emergence of ThunderBolt 3 is radically shifting the Macintosh compatible data storage peripheral market as the interface of 10Gbps and 20Gbps ThunderBolt changes from the Mini DisplayPort style to a smaller, reversible Type-C connector that's also used by modern USB-C devices.
Multiple generations of Apple ThunderBolt backup drive solutions are on the market. We're seeing far more affordable ThunderBolt Hard Drives with prices starting around $150 and up.
We've also seen the emergence of combo interface hard drives for Mac that incorporate BOTH USB 3.0 and ThunderBolt ports on the drive. Combo interfaces give alot of flexibility for transferring data among Macs or PC's, old or new. Additionaly, ThunderBolt and USB 3.1 SSD drive solutions are getting much cheaper as solid-state SSD drive prices have steadily plummeted over time.

It isn't just Pro Video Editors, Music Studios or DVD and Photo Archive Companies that benefit from Mac backups and auxillary storage over ThunderBolt. Anyone who has large sets of data to move from point A to B will appreciate the lighting speed ThunderBolt ports can provide.
If there's one 'gotcha' to reading from - or backing up to - a ThunderBolt harddrive, it's limitations in the current speed of conventional mechanical hard drives. Even Solid-State SSD backup drives for Mac and Windows need 2 or more drives for truly impressive ThunderBolt performance. (Remember, ThunderBolt is a cross-platform technology that will benefit both Apple and PC users.) While 2 to 4 times faster than mechanical hard drives, even the fastest single SATA SSD made can't fill even half of ThunderBolt's amazing data pipeline. 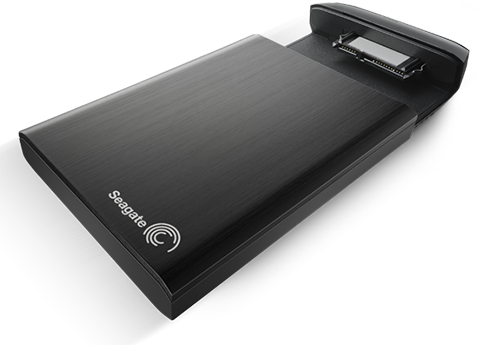 The only technology that can truly leverage 10GBps TBolt and provide best Mac backup speeds is in multi-drive platter arrays or pairs of flash-memory based SSD drive ThunderBolt hardware. The most demanding, data-intensive commercial users will want multiple-drive ThunderBolt RAID HDD storage systems - or those using 2 or more SSD's for peak throughput. However, benchmarks have shown that conventional drives in RAID units of 4 or more are highly efficient spanning reads and writes across mechanical drives and deliver suprisingly fast reads and writes at a musch lower cost per Gigabyte than SSD solutions.

This adapter is not compatible with USB-C ports that don't support Thunderbolt 3, such as USB-C hubs or the USB-C port on MacBook models from 2015 or later.