Palma de Mallorca, Spain – The latest Porsche Macan has undergone more of a mid-life refresh than a full-model rework. That stated, the changes do run deep and touch all aspects of the vehicle, including design, comfort, connectivity and, more importantly, the driving dynamics.

Lift the hood and the Macan’s 2.0-litre turbocharged four-cylinder pretty much carries over. It puts 248 horsepower and 273 pound-feet of torque at 1,600 rpm at the driver’s disposal. The up-level 3.0L turbocharged V6 in the Macan S is new — the single twin-scroll turbocharger now sits in the middle of the vee. The result is a silky 335 hp and 354 lb.-ft. of torque at 1,360 rpm — the peak torque, which is up 15-lb.-ft. and arrives 1,000 rpm earlier, is what truly impresses. Roll into the gas and the S responds without turbo lag.

Try refreshing your browser, or
tap here to see other videos from our team.

Both engines work with a seven-speed twin-clutch transmission and drive all four wheels. The transmission delivers millisecond shifts whenever a paddle is pulled, which serves to sharpen the tone of the drive, especially the Macan S. The all-wheel-drive system splits the power variably and according to need, so there really is no fixed power split other than the fact it’s normally rear-biased. In operation, however, it can send all of the power to the rear wheels and as much as 70 per cent to the front wheels should the need arise. The latter helps to tame oversteer by pulling the car back into line. On the drive, it worked to perfection sending just enough power rearward to let the tail hang out ever so slightly — insert enormous smile!

All 12 Photos for Gallery

Full Screen is not supported on this browser version.

You may use a different browser or device to view this in full screen.

The lot can be tweaked through the mode selector. In the case of the test cars there were Normal, Sport and Sport+ settings along with an individual mode that allows the dynamics to be customized. Each of the settings progressively amp up the engine and transmission responses and, when so equipped, firm the adaptive suspension. Sitting in the middle of the steering wheel–mounted selector ring is the Sport Response Button. When pressed it maximizes performance for 20 seconds and it does so without having to change the selected mode — when in Normal and the need for maximum acceleration arises, such as when passing slower-moving vehicle, it delivers Sport+ reaction times.

The two engines bring very different levels of performance. The four-cylinder gets the riders to 100 kilometres an hour in 6.7 seconds — 6.5 seconds when the Sport Chrono Package is added to the mix. Drop the V6 under the hood and it sees the Macan S run to 100 km/h in 5.1 seconds — credit the aforementioned early entry of peak torque. Now, according to the European fuel economy numbers, the penalty for the better performance is less than one litre of gas for every 100 km driven. That, by any standard, is a very small penalty.

All 6 Photos for Gallery

Full Screen is not supported on this browser version.

You may use a different browser or device to view this in full screen.

The final slice of the pie comes in the Macan’s deft handling. To hone the driving characteristics the Macan gets new aluminum components in the front suspension, which drops the unsprung mass by 1.5 kilograms. The Macan S tester then added Porsche’s adaptive suspension. The setup rides a very nice line. In Sport+ it limits body roll to a handful of degrees yet when Normal is selected it rides out road imperfections in stride. Another significant change is found in the staggered tire setup. The Macan S was wearing P265/45R20 tires up front and beefier P295/40R20 at the back. Aside from the cool factor, the wider back tires accommodate the rear bias of the all-wheel-drive system without compromising the sharpness of the turn-in response. Throw in a perfectly weighted steering setup and the Macan’s handling would not be out of place in a 911. 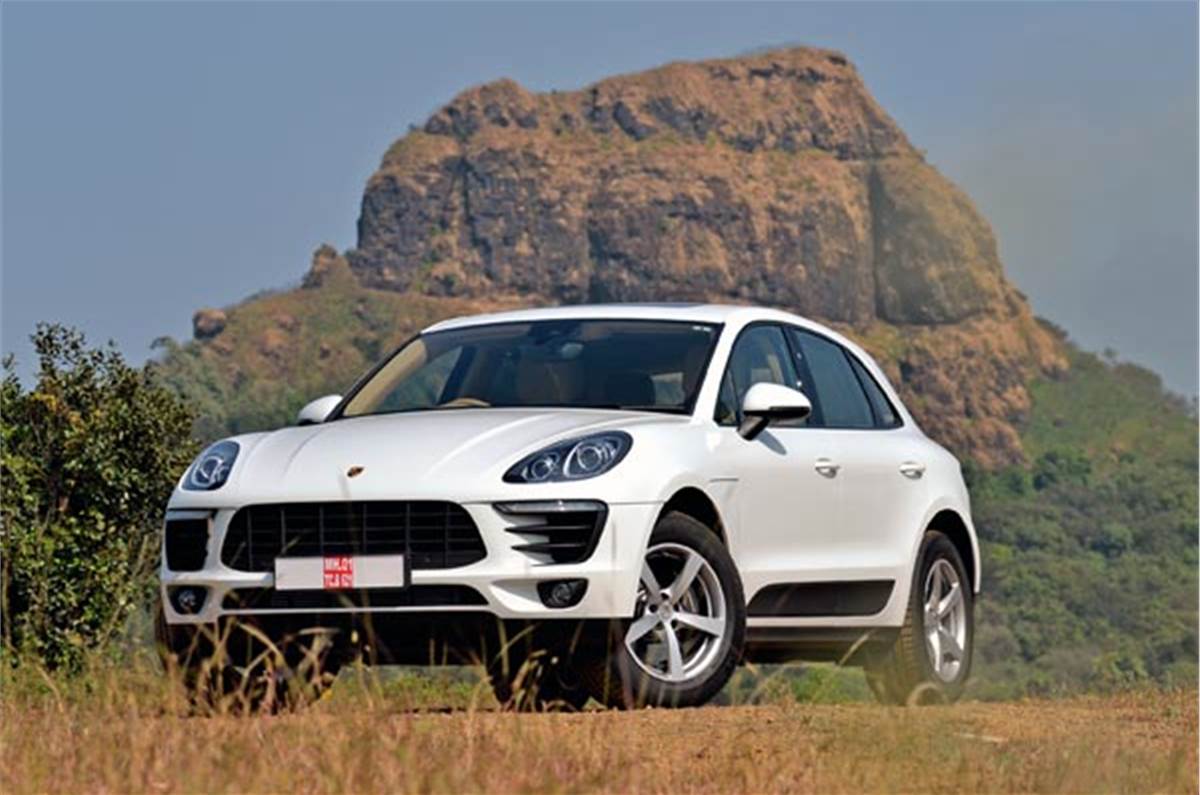 The cabin has been gussied up very nicely. Quality materials abound, the seats deliver great lateral support and the instrumentation is reconfigurable. The bigger change is found in the infotainment system — the new 10.9-inch infotainment screen, which replaces the previous 7.2-inch unit, delivers clean, clear graphics and it’s easier to use. It also supports Apple CarPlay and the standard navigation system. The only anomaly is that it does not work with Android Auto. Yes, an Android phone can be paired to the communication side, but it lacks the functionality that’s becoming commonplace, even on lesser crossovers.

More On This Topic

One new addition is the Off-road Precision app. It works much like the Track Precision app and allows the driver to monitor their off-road progress using vehicle and GPS data. At the same time, the off-road trek can be recorded using a smartphone or external camera and shared through social media. There is even a dedicated off-road button on the centre console, which adapts the drivetrain to deliver the best traction. Interesting extensions, but who, exactly, will go boonie-bashing in a car that’s all about getting through a switchback at speed is a question that’s yet to be answered.

The back half of the Macan remains pretty unchanged — the rear seat accommodates two adults and the cargo capacity rates 500 litres seats up and 1,500 L with seats folded. The power tailgate release is hidden, so it took a while to spot the discreet button that’s built into the rear wiper mount!

The Porsche Macan was and is destined to remain a hot commodity in the near-luxury crossover segment — over 350,000 units have sold in four years. This time around it has more power and better fuel efficiency, the handling is right on the money and it has a decidedly upscale cabin. In short, it’s a very well conceived package.