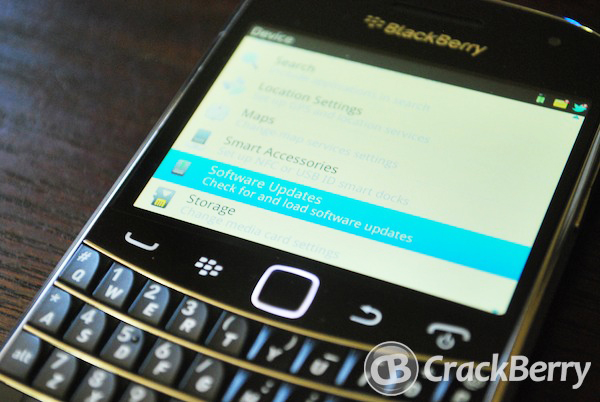 Yesterday morning, in the Mobility Blog group, I woke up to news that official OS 7.1 updates are now available for both the Blackberry 9900 and 9810.

I downloaded the update file for the 9900 right on my device itself in a matter of minutes on Etisalat’s 3G service. It is a 273MB file in size. Tonight, I finally carried out the update and I am currently testing things out.

RIM says that OS 7.1 brings the following to the table:

Mobile Hotspot: Turn your BlackBerry 7.1 OS device into a Wi-Fi® router anywhere, anytime! The new OS seamlessly provides Internet access for up to five Wi-Fi devices, including laptops and tablets.

Universal Search: For this new release, we wanted to focus on the intelligence of our system and our apps – in other words, we wanted to create an intuitive experience that does the thinking for you. For example, Universal Search now has a new auto-suggest feature that that intelligently filters Bing® search results to offer you a variety of relevant Web sites based on your search terms.

BlackBerry® Tag: Share contacts, media and files, and even invite friends to BlackBerry® Messenger (BBM) through a simple touch. BlackBerry Tag unlocks near field communication (NFC) capabilities for everyday use and makes sharing a lot faster and much more personal.

Wi-Fi® Calling (where available): With BlackBerry 7.1 OS, you’ll be able to make Wi-Fi calls using your carrier’s Wi-Fi calling service (aka UMA-lite or GAN-lite). Wi-Fi calling allows you to save your talk time minutes and make phone calls over any Wi-Fi network. Not all carriers offer such a service so check with your carrier for availability.

FM Radio: The BlackBerry 7.1 OS update will let BlackBerry® Curve™ 9360 and 9380 smartphone customers enjoy FM radio. The Curve models include a built-in FM radio so you can tune in to local FM radio stations. Simply plug in your headset to boost the reception (it acts as the antenna). Plus, no data usage or data plan required!

BlackBerry® Maps: When you launch the new BlackBerry Maps you’ll be able to discover special offers, coupons and discounts from nearby vendors – and, of course, you can act instantly by calling about the deal, finding the best route to get there, or grabbing the coupon code.

I have about 5GB left on a bundle plan from Etisalat which I am using on the 9900, and I really do need to use it. Before now, that SIM was in a mifi device. Anyway, I fired up the Hotspot function and got it rolling. I notice that the interface is a bit different from what I saw earlier on the 9810. But that wasn’t all.

In a previous article, I reported from a test that I ran on the Blackberry 9810 that the running the Hotspot deactivated BIS on the device. Well, I have good news this time: the Hotspot on the 9900 runs simultaneously with the BIS service.

As I type this, I am active on BBM and other Blackberry services while the BB Mobile Hotspot is active sharing internet service with other connected devices. Of course, this is exciting news! Blackberry OS 7.1 users (at least on the 9900) can eat their cake and have it. Sort of.

Note though that the hotspot does not share from your Blackberry Internet Service. It shares from your airtime or an internet bundle, if available.

Yes; some readers will scream and pout about that. It is my opinion that this is a network-dependent thing. Etisalat has chosen not to let BB Complete users tether. That makes sense, considering that they offer unlimited browsing and downloads, or else the service would degrade.

BlackBerry Desktop Software has been given an updated interface and user-friendly menu, which allows you to connect, synchronise, manage and update your BlackBerry smartphone or tablet.

BlackBerry Desktop Software supports synchronization of data between your PC and your BlackBerry smartphone, and BlackBerry tablet.

Important Notice: BlackBerry will no longer be providing updates, including security updates, for BlackBerry Desktop Software. There will be no technical support available.